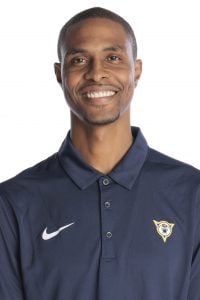 Richardson joined Fort Wayne before the 2017-18 season after spending 2016-17 as an assistant coach and interim head coach with the Erie BayHawks. Before his stint in Erie, Richardson was at Findley Prep School in Henderson, Nevada where he served as skills development coach in addition to his role as the Agassi Prep High School assistant coach in Las Vegas. The former NBA talent held the head coaching position of TSV/Bietigheim of Germany from 2012-14. Richardson played with the Indiana Pacers and Chicago Bulls in the 2001-02 season after his four-year playing career at Hofstra University. His professional playing carrer includes time in the NBA Development League with the North Charleston Lowgators in 2003 and Fayetteville Patriots in 2006.