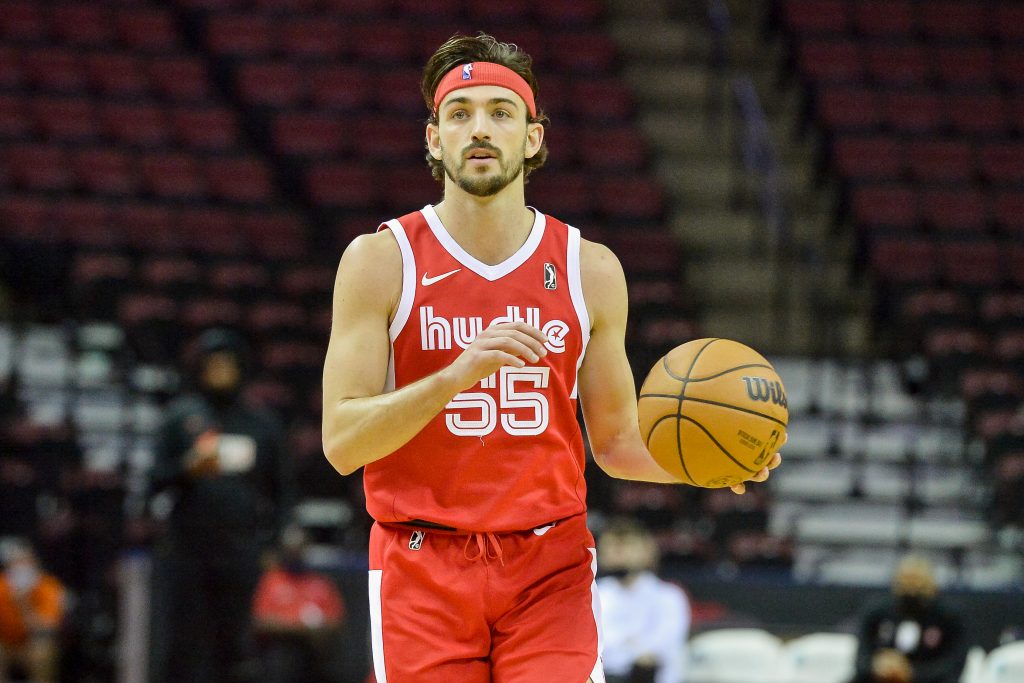 AUGUST 29, 2022 – The Fort Wayne Mad Ants, the NBA G League affiliate of the Indiana Pacers, have acquired the returning player rights to David Stockton in a trade with the Memphis Hustle.

The Mad Ants will also acquire the Hustle's 3rd-round pick in the 2023 NBA G League Draft.

Stockton has NBA G League experience dating back to 2014. Prior to playing for the Memphis Hustle during the 2021 and 2021-2022 seasons, Stockton had also played with the South Bay Lakers and Reno Bighorns, while also taking his playing career overseas in Croatia, New Zealand, Bavaria and Puerto Rico.

Over seven seasons in the NBA G League, Stockton has played in 198 games, averaging 16.8 points, 6.7 assists and 1.5 steals per contest including 20.1 points per game in his rookie season with Reno in 2014-15. Stockton was on the All-Rookie 2nd Team in the G League in 2015 and was also the league's Performer of the Week on March 9 of that year.

Stockton has played six games in the NBA in his career, three each with the Sacramento Kings and the Utah Jazz, averaging 3 points and 1.5 assists per game over that time. The professional veteran played at Gonzaga from 2010-2014, following in the footsteps of his father John Stockton, who also played at Gonzaga before having a Hall of Fame career in the NBA.

The trade is not subject to physicals.