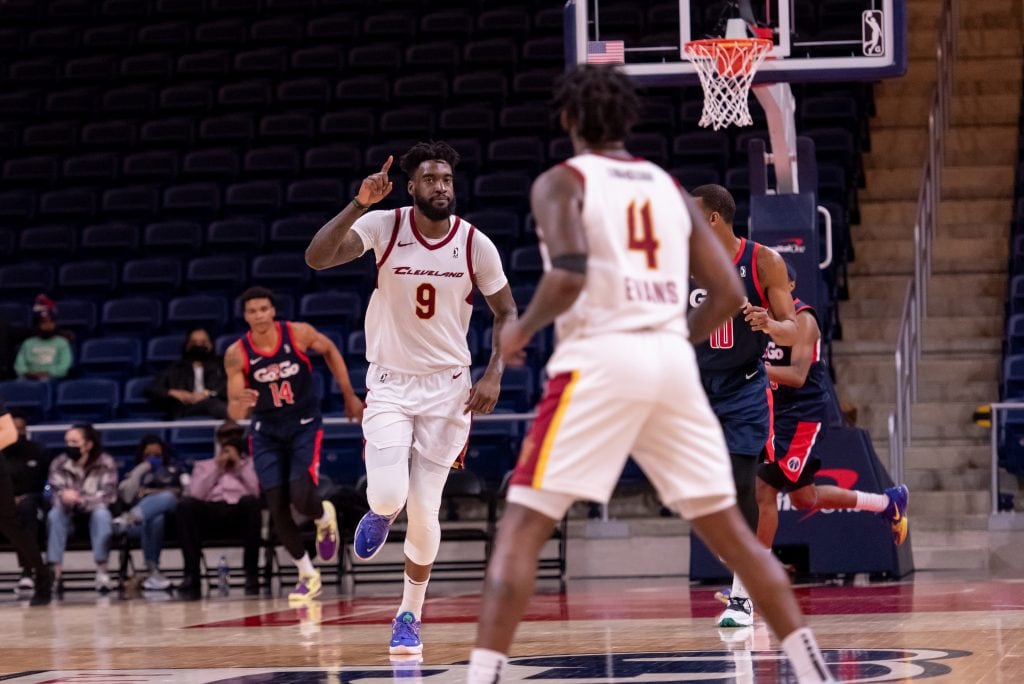 Norvel Pelle of the Cleveland Charge reacts against the Capital City Go Go during an NBA G-League game on February 28, 2022 at Entertainment and Sports Arena in Washington, DC. Copyright 2022 NBAE (Photo by Rich Kessler/NBAE via Getty Images)[/caption]

SEPTEMBER 14, 2022 – The Fort Wayne Mad Ants, the NBA G League affiliate of the Indiana Pacers, have acquired the returning player rights to Norvel Pelle in a trade with the Cleveland Charge.

The Mad Ants will also acquire the Charge's 2nd-round pick in the 2023 NBA G League Draft.

Pelle spent last season with the Charge as well on 10-day contracts with the Boston Celtics and Utah Jazz. He appeared in three games with the Jazz, averaging 6.3 minutes and two points per contest.

Overall, Pelle has played 40 games in the NBA, averaging 2.1 points and 2.4 rebounds per game. He first appeared in the NBA with Philadelphia in the 2019-2020 season and has also played with Brooklyn, Sacramento and New York. Pelle has also played internationally in Taiwan, Lebanon and Italy. Though born in Antingua and Barbuda, Pelle has represented Lebanon in international play in the past.

The trade is not subject to physicals.