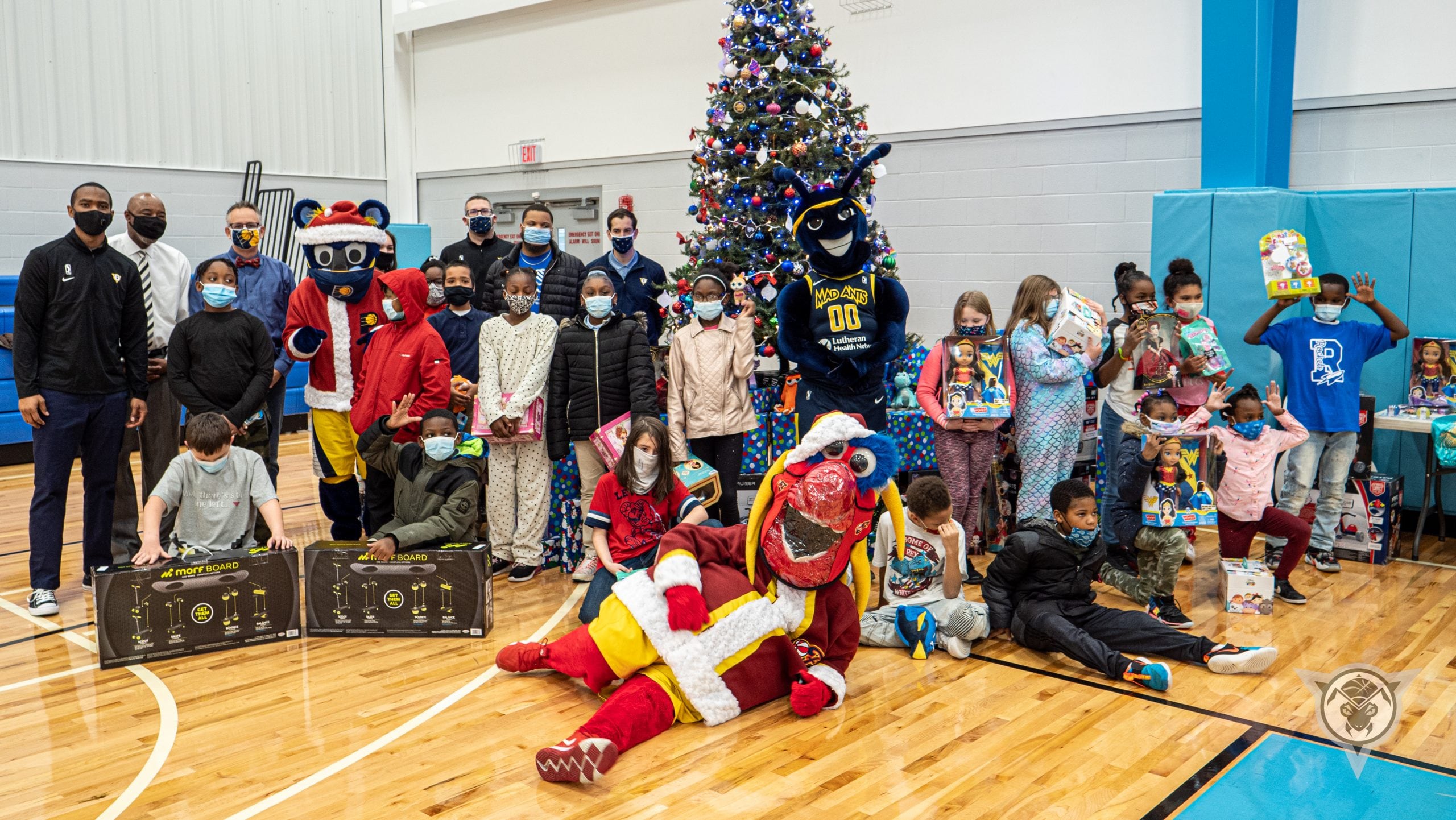 December 17, 2020 –More than 34,000 JAKKS Pacific Toys were donated this Holiday season to Hoosier children during the 11th Pacers Sports & Entertainment JAKKS Pacific Toy Drive, part of the annual Season of Giving, delivered by Papa John’s. The program, which tipped off on November 16, concluded with two local toy distribution events in Evansville and Fort Wayne this week.

The annual toy drive is made possible by the generosity of Stephen Berman, JAKKS Pacific President and CEO, and Herb Simon, Owner and Chairman of Pacers Sports & Entertainment, whose close friendship and commitment to Indiana families have once again resulted in holiday toys for tens of thousands of Hoosier children.

“As they do every year, Stephen Berman, JAKKS Pacific, and Herb Simon helped make the Holiday season memorable for thousands of Indiana children and we are all incredibly grateful,” said Rick Fuson, President and COO of Pacers Sports & Entertainment. “We also appreciate the efforts of our local partners in Indianapolis, Evansville, and Fort Wayne for everything they do to support Hoosier families during the Holidays and beyond.”

PS&E and the Evansville Police Department teamed up to distribute toys on Wednesday evening. Thousands of cars caravanned along MLK Jr. Boulevard as Evansville Police Officers, Indiana Pacers mascot Boomer, Indiana Fever mascot Freddy Fever, PS&E staff, and others handed out toys in a “drive thru” fashion to remain safe and socially distant.

“On behalf of the Evansville Police Department and our citizens, I’d like to thank Pacers Sports & Entertainment, JAKKS Pacific, Papa John’s and the numerous local organizations that are helping kids experience joy this Christmas season,” Evansville Police Chief Billy Bolin said. “This year has been difficult, but it’s kind gestures like this that we hope our kids hold on to.”

PS&E then visited Boys & Girls Clubs of Fort Wayne on Thursday afternoon for the final stop of this year’s statewide program. The physically distanced event featured BGCFW and PS&E staff members, as well as Boomer, Freddy Fever, and Mad Ant at the BGCFW Fairfield Club.

“We are grateful for Pacers Sports & Entertainment, as well as JAKKS Pacific Toys Chairman & CEO Stephen Berman for their long-term commitment to making a merrier Christmas to thousands of kids,” President & CEO of the Boys & Girls Clubs of Fort Wayne, Joe Jordan said. “We appreciate their dedication, particularly during this challenging time. The smiling faces of the kids are a wonderful gift to all of us.”

For more information on the JAKKS Pacific Toy Drive or the Season of Giving, click here.