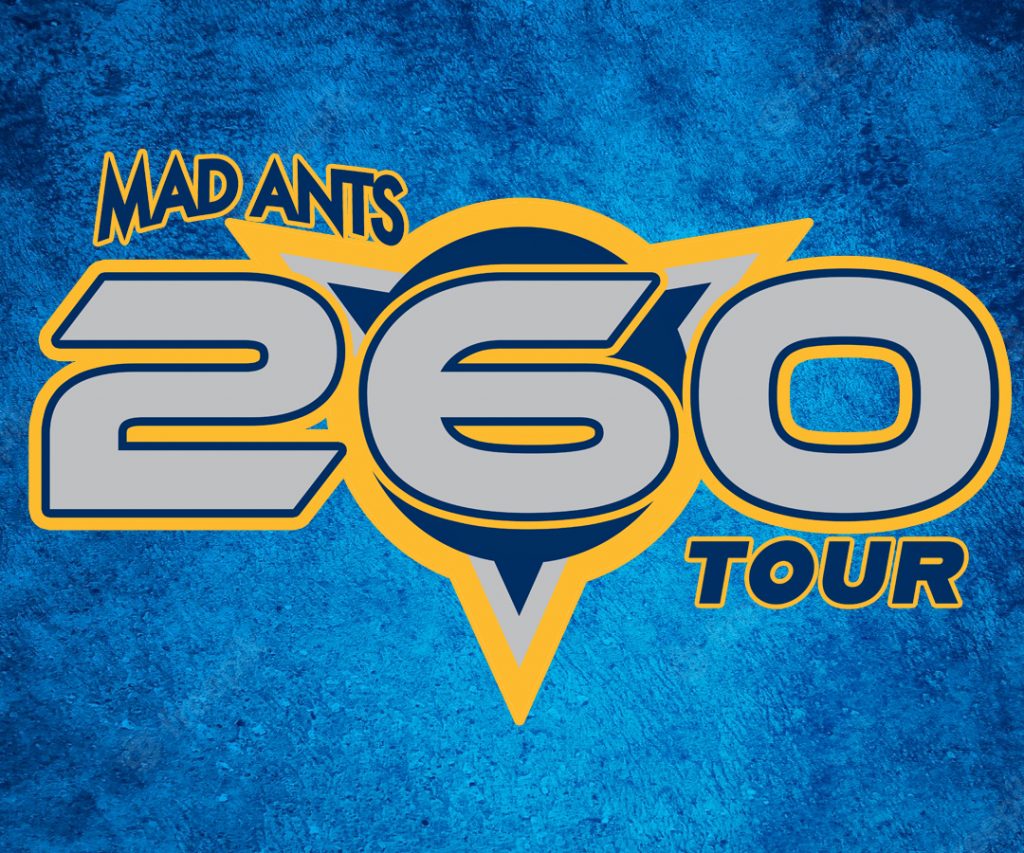 September 12, 2022 – The Fort Wayne Mad Ants, in partnership with ProFed Credit Union, will embark on the ‘260 Road Tour’ this fall. The tour, beginning in September, will run through late October, and will include trips to surrounding counties that make up the 260 area code, bringing awareness and some ANTertainment to every corner of Northeast Indiana.

We hope that you can join us in celebrating the start to a new Mad Ants season as we take over the 260. Here is where you can find the Mad Ants staff and the first ‘Mad Ants 260 Tour’ this fall:

In focus of the ‘260,’ the Mad Ants will also be wearing special ‘260’ theme jerseys during two different games this season at the Allen County War Memorial Coliseum, including Friday, November 25 against the Iowa Wolves. Fans that night will also get a special ‘260’ branded rally towel, courtesy of Lutheran Health Network and OPS.

The Fort Wayne Mad Ants, the NBA G League affiliate of the Indiana Pacers, were founded in 2007 and purchased by Pacers Sports & Entertainment in 2015. The team won the 2014 NBA G League championship. Throughout its rich 15 season history, the Mad Ants have sent 21 players to the NBA as official call ups, while 85 total players have suited up as both Mad Ants and the in the NBA over time. For more information or to purchase tickets, visit ftwaynemadants.com of call 260-702-9561. Follow the Mad Ants on Twitter (@TheMadAnts), Facebook (/themadants) or Instagram (@fortwaynemadants).

The NBA’s official minor league, the NBA G League prepares players, coaches, officials, trainers and front-office staff for the NBA while acting as the league’s research and development laboratory.  Featuring 30 teams, 28 with direct affiliations to NBA franchises for 2022-23, the league offers elite professional basketball at an affordable price in a fun, family-friendly atmosphere.  54 percent of all NBA players at the end of the 2021-22 season boasted NBA G League experience.  In fostering the league’s connection to the community, its teams, players and staff promote health and wellness, support local needs and interests, and assist in educational development through NBA Cares programs.