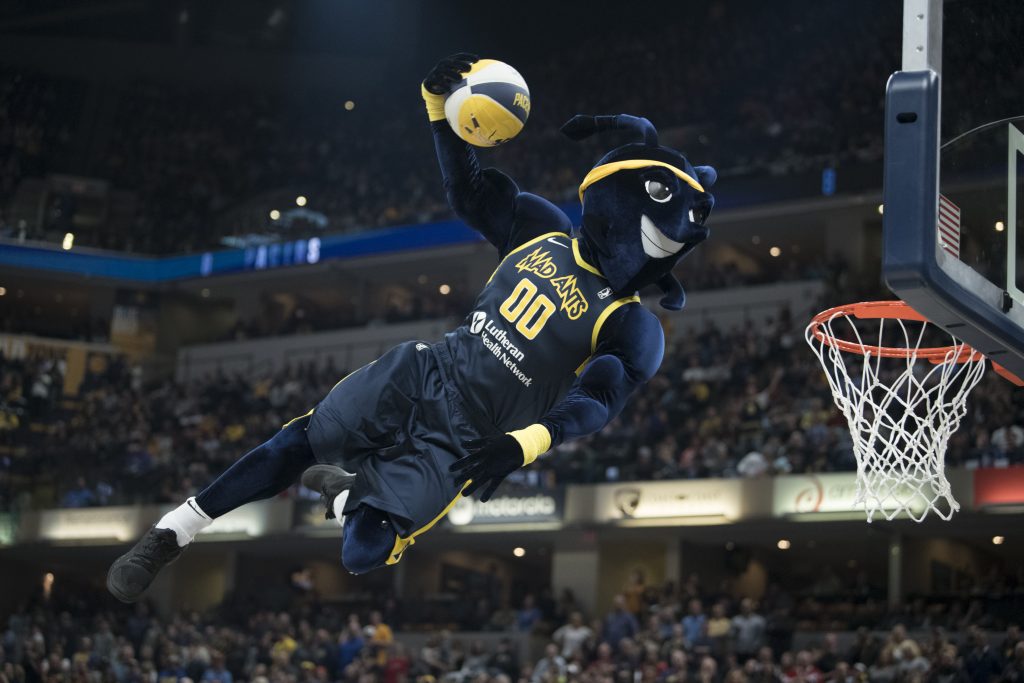 The complete game and broadcast schedule will be announced at a later date.

Bios on each of the 10 players expected for our single site roster along with both Two-Way players, and head coach Tom Hankins, are below:

Brian Bowen II returns to the Mad Ants in his second season as a Two-Way Player with the Indiana Pacers. Splitting time between Fort Wayne and Indianapolis, Bowen played 29 games with the Mad Ants, averaging 16.1 points and 7.7 rebounds per game. Bowen II scored a career best 34 points on February 23 vs. Canton shooting 62.5% from the field in 47 minutes. Bowen II scored in double figures in 23 of 29 games. Bowen II was a five star recruit out of high school, a McDonald’s All-American and went straight to the professional route, playing with the Sydney Kings of the NBL before signing with the Pacers as a Two-Way player.

Cassius Stanley comes to the Mad Ants as an Indiana Pacers Two-Way Player. Stanley was the Pacers’ sole draft pick in the 2020 NBA Draft, selected in the second round at 54th overall. Stanley spent one season playing at Duke University where he averaged 12.6 points per game and was a member of the ACC All-Freshman Team. The rookie scored his first NBA basket on December 26, 2020 in a Pacers win at Chicago.

Amida Brimah will return to the Mad Ants roster after sitting out all of the 2019-20 season with an injury. Brimah had been signed to an Exhibit-10 contract with the Indiana Pacers this past November before being waived. Averaging 6.7 points and 4.5 rebounds over his college career at UCONN, Brimah was part of the 2013-14 NCAA National Champion team with the Huskies. In 2015, Brimah was the AAC Defensive Player of the Year and in that same season he scored 40 points against Coppin State on 11-of-11 shooting. After college, Brimah played for the Austin Spurs and KK Partizan in Serbia.

Naz Mitrou-Long returns to the Mad Ants as an affiliate player. During the 2019-20 season, Mitrou-Long played 14 games with the Mad Ants as an Indiana Pacers Two-Way player. In that time, he averaged 13.7 points and 6.9 assists per game while becoming the first Mad Ant to ever post two triple doubles in one season on November 29 and December 7, 2019. Mitrou-Long played his college ball at Iowa State and was Second Team All-Big 12 in 2017. Mitrou-Long has also played for the Salt Lake City Stars and played in 20 career NBA games (12 with Utah Jazz and five with the Indiana Pacers).

Daxter Miles Jr. returns to the Mad Ants for his second season. He was acquired midway through the 2019-20 season from Northern Arizona. Miles Jr. played in 21 games for the Mad Ants after the trade, averaging 14.4 points while shooting 43.2 percent from the field. He scored a team high 29 points on February 1 in the biggest G League comeback ever against Canton. Miles Jr. played at West Virginia where he scored over 1,000 career points and was named to the Big 12 Conference All-Tournament team. He is second in career starts in West Virginia history with 124 games.

JaKeenan Gant returns to the Mad Ants for his second season. Gant played in 29 games for the Mad Ants during the 2019-20 season, averaging 7.9 points, 3.8 rebounds and 1.2 blocks per game. Gant had a career high 27 points on January 3 in a win at Capital City. Gant played for the University of Louisiana at Lafayette where he was the Sun Belt Conference Newcomer of the Year in 2018 after transferring from Missouri. Gant went on to be named All-Sun Belt Conference Third-Team (2018) and First Team (2019). His a former Mr. Basketball in the state of Georgia.

Josh Gray comes to the Mad Ants as an affiliate player. Gray spent the 2019-20 season as a Two-Way Player with the Erie Bayhawks and New Orleans Pelicans. He averaged 22.5 points, 7.3 assists, 5.1 rebounds and 2.4 steals in 37 G League games. Gray started his college career at Texas Tech, then went on to be a Junior College All-American at Odessa College before spending his final two seasons at LSU where he averaged 7.1 points per game as a senior. Gray played with the Northern Arizona Suns from 2016-2018, signing a 10-day contract with the Phoenix Suns in February 2018. He also has played for the Changwon LG Sakers of the Korean Basketball League.

Rayshaun Hammonds comes to the Mad Ants as an affiliate player. The rookie played in college at Georgia, turning pro after three seasons with the Bulldogs. He started 85 of his 93 career college games, averaging 12.9 points per game and 7.4 rebounds per game as a junior, playing alongside top NBA Draft Pick Anthony Edwards. Hammonds was a four star recruit out of Norcross High School (GA) where he was the Gwinnett County Player of the Year.

Devin Robinson comes to the Mad Ants for the first time as his returning player rights were acquired on December 29 in a trade with Raptors 905. Robinson played with the Raptors 905 in 2019-20 and averaged 17.5 points and 7.3 rebounds per game, shooting 55% from the field. Robinson was signed by the Pacers this offseason and later waived in December before his G League rights were acquired by the Mad Ants later in the month. Robinson played college basketball at Florida before turning pro after his junior season. Robinson went on to sign a Two-Way contract with the Washington Wizards and spent much of his rookie campaign with the Delaware 87ers and the Westchester Knicks. He then played with the Capital City Go-Go.

Anthony Lawrence II comes to the Mad Ants for the first time as his returning player rights were acquired on December 30 in a trade with the Northern Arizona Suns. During the 2019-20 season, Lawrence averaged 8.9 points and 3.9 rebounds in 38 games with Northern Arizona. He was the first overall pick in the 2019 G League Draft. Lawrence played in college at Miami (FL) where he averaged 12.5 points and 6.6 rebounds per game as a senior, finishing his career with 1,043 points. He also finished his career ranked ninth in steals and tenth in career minutes at Miami (FL) program history.

Oshae Brissett joins the Mad Ants after being selected with the second pick of the second round in the recent G League Draft. Brissett spent the 2019-20 season as a Two-Way player with the Toronto Raptors and Raptors 905. While under G League duties, Brissett averaged 15.1 points and 6.6 rebounds per contest. He appeared in 19 games with Toronto, posting a career best 12 points on January 7 against Portland. Brissett played in college at Syracuse where he started all 71 games he appeared in over two seasons. He would average 14.9 points and 8.8 rebounds per game during his freshman season of 2017-18 and then 12.4 points and 7.5 rebounds as a sophomore before turning pro.

Quincy McKnight joins the Mad Ants after being selected with the seventh pick of the second round in the recent G League Draft. McKnight’s rookie season will kick off after averaging 11.9 points per game as a senior for Seton Hall in 2019-20. McKnight led the Big East in assists as senior at 5.4 per game and was named All-Big East Honorable Mention. Before joining Seton Hall for his final two seasons of college, McKnight scored 914 points over two seasons at Sacred Heart.

Tom Hankins becomes the seventh head coach Mad Ants history now in his second season with the Indiana Pacers organization. During the 2019-20 season, Hankins served as a Player Development Assistant with the Pacers. Prior to working with the Pacers, Hankins coached for over 20 years on the college level, most recently spending four seasons as the head coach of Central Oklahoma University where he won 64 games. Prior to that, he was the Associate Head Coach for three years at Southern Illinois and spent from 1998-2012 as an assistant coach for Oral Roberts, where he made many visits to Fort Wayne as the Golden Eagles played IPFW.

The NBA’s official minor league, the NBA G League prepares players, coaches, officials, trainers and front-office staff for the NBA while acting as the league’s research and development laboratory. Featuring 28 teams with direct affiliations with NBA franchises for the 2019-20 season, the league offers elite professional basketball at an affordable price in a fun, family-friendly atmosphere. Fifty-two percent of all NBA players at the end of the 2018-19 season boasted NBA G League experience. In fostering the league’s connection to the community, its teams, players and staff promote health and wellness, support local needs and interests, and assist in educational development through NBA Cares programs.