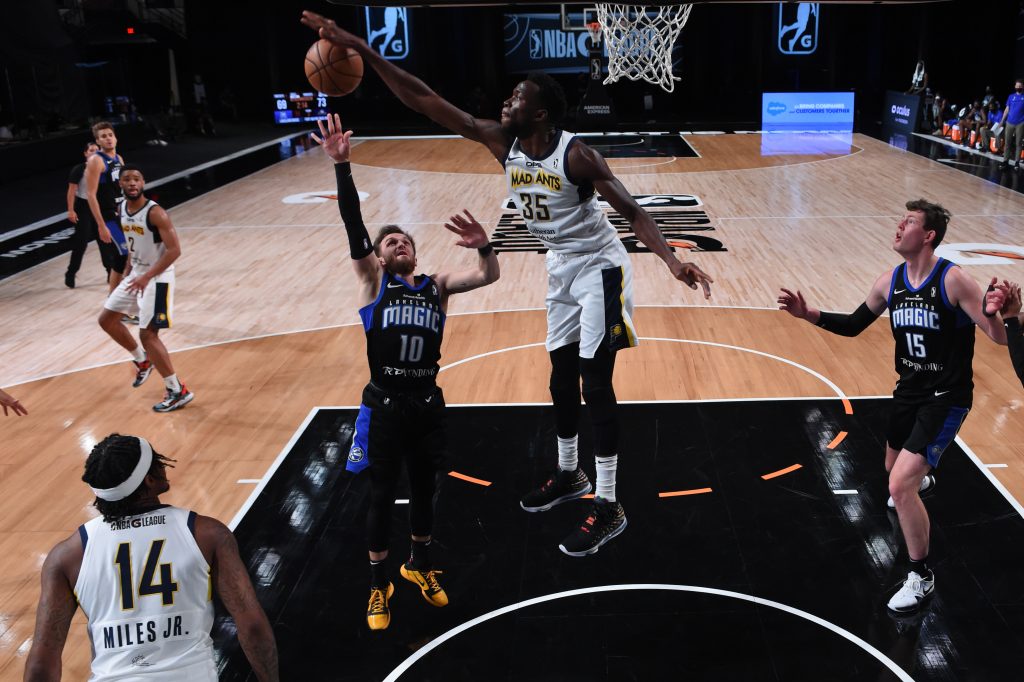 The signing reunites Brimah with many faces in Indiana. Brimah had been signed to an Exhibit-10 contract with the Pacers in November before being waived. His return to the Pacers reunites him with Mad Ants teammates Oshae Brissett and Cassius Stanley.

After missing the full 2019-20 season due to injury, Brimah joined the Mad Ants for the single site season in Orlando this February. Playing in 10 games with the Mad Ants, Brimah ranked second in the NBA G League in blocks per game (2.8) and was third in overall blocks (28) during the season. His defensive efforts moved him into sixth all-time in NBA G League blocks with 297 in his career.

Brimah also averaged eight points and 8.5 rebounds per game during the Mad Ants’ 2021 season while playing in a career best 23.5 minutes per game.

Brimah’s call up, paired with that of Oshae Brissett gives the Mad Ants two call ups in a season for the first time since 2018-19. Overall, he is the 20th overall Fort Wayne Mad Ant call up since the team’s inaugural season in 2007-2008 and the 16th different Mad Ant to receive a call up.