A season unlike any other, the 2021 campaign officially tipped off on January 8 with the announcement that the Mad Ants would be one of just 18 teams participating in 2021’s single site season. The Mad Ants were slated for 15 regular season games at the ESPN Wide World of Sports Complex at Walt Disney World Resort near Orlando, Florida.

That led to a quick turnaround for offseason activities on January 11 when the Mad Ants named a new head coach, participated in the NBA G League draft and named their roster for the upcoming season all in one day.

Tom Hankins, who spent 2019-2020 with the Indiana Pacers in player development, became the seventh head coach in Mad Ants history. On the day of his introduction as a head coach, the front office secured two draft picks in Oshae Brissett (Round 2, Pick 2) and Quincy McKnight (Round 2, Pick 7). Scott Simpson returned as an assistant coach and the Mad Ants added Michael Ruffin and Isaac Jenkins to the coaching staff.

The majority of Fort Wayne’s traveling party to the single site arrived in Indianapolis on January 20 to begin a quarantine period. On January 27, as the team traveled from Indianapolis to Orlando, the Indiana Pacers assigned Jalen Lecque to the Mad Ants and transferred two-way players Cassius Stanley and Brian Bowen II to the Fort Wayne roster, expanding it to 13 players.

On February 16, the Mad Ants made the first of two appearances of the season on the ESPN Sportscenter Top 10 plays. Devin Robinson’s dunk from the previous day’s loss to Austin was featured as the number three play in the Top 10. The Mad Ants returned to the countdown in the number one spot on February 26 with Oshae Brissett’s highlight reel dunk against Long Island from the previous day earning the #1 spot in the Sportscenter Top 10. 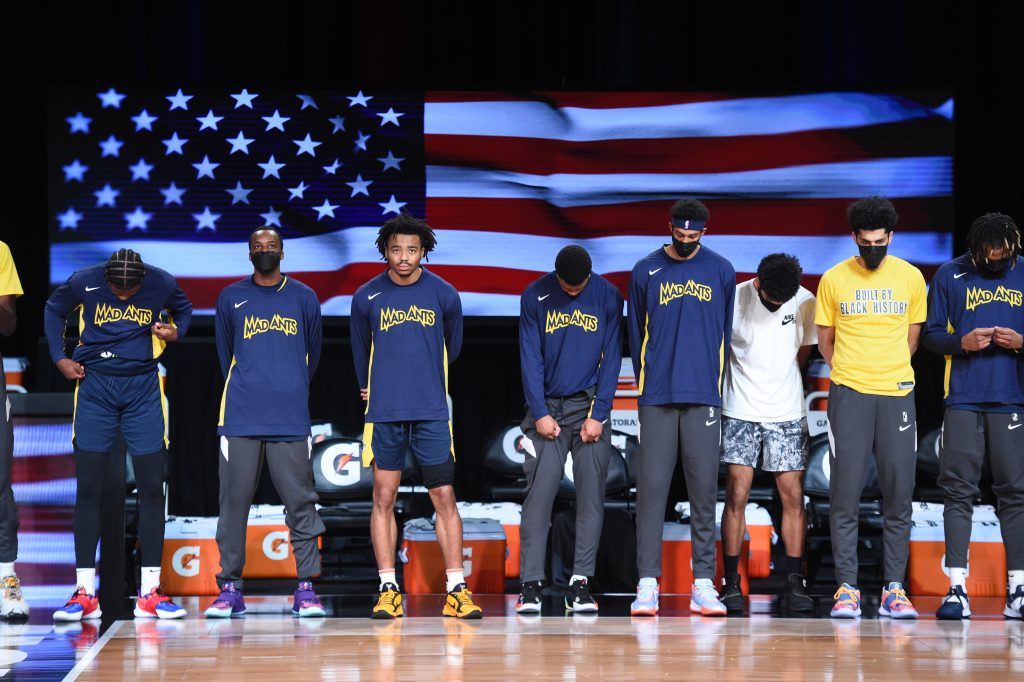 On February 17, the team was joined by Amida Brimah, who was on the planned roster but suffered from travel issues before arriving. The former G League champion wasted no time in becoming a big part of the lineup with 12 points and 10 rebounds the very next day against Santa Cruz. On three separate occasions during the season, Brimah registered five blocks in a game. Brimah moved up to sixth place all-time in blocks in G League history with 297 for his career at the end of the season.

On February 20 and 21, the Mad Ants played in and won back to back double overtime games, beating the Iowa Wolves and a Raptors 905 team that would end the regular season at the top of the G League standings.

They continued exciting wins on February 26 with a 109-108 win over Agua Caliente that marked the Mad Ants’ fourth win in a five game span. The Mad Ants outscored Agua Caliente 10-0 in the final 1:21 of the game with Daxter Miles Jr. rebounding a shot of his own that was blocked, only to score with 8.1 seconds left for the win in one of the more exciting moments of the season.

Fort Wayne finished the season at 6-9 and did not qualify for the eight team playoff.

Two days after the end of the Mad Ants season, Cassius Stanley participated in the NBA Slam Dunk Contest at halftime of the 2021 NBA All-Star game. Stanley, while finishing third in the contest, became the first two-way player, and therefore G League player, to ever participate in a NBA All-Star weekend event. 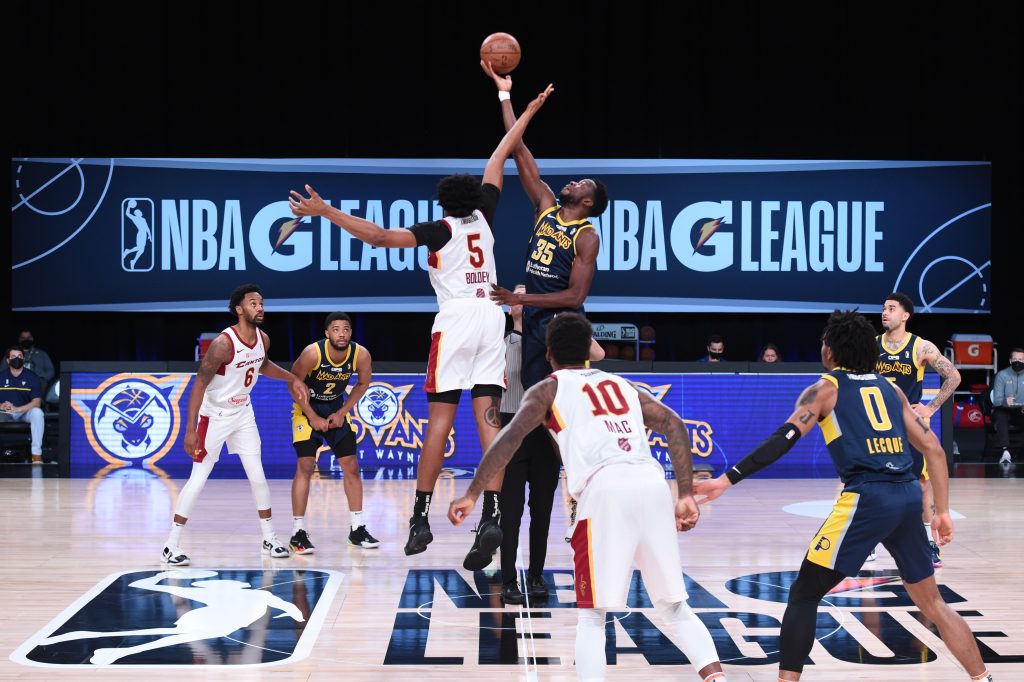 Robinson finished the season second in offensive fouls drawn with 19 while the Mad Ants were third in the category as a team with 52. Robinson’s 46 offensive rebounds was the ninth best in the league. Robinson also had the fourth best field goal percentage during the regular season, hitting 66.7 percent of his shots (86-129); which was second among all players who played in 10 or more games. It was the best field goal percentage among those with 85 or more made field goals or those who shot the ball 110 or more times.

Brissett ranked tenth in points per game with 18.6 and eighth in offensive rebounds per game with 3.5. Brissett’s 34.6 minutes of playing time per game over 12 games was third most in the G League.

Brimah’s 2.8 blocks per game was second in the G League and recorded a G League third best 28 blocks despite missing the first five games of the season.

Mitrou-Long and Gray both ranked in the top ten in the league in assists with Mitrou-Long (seventh) at 6.1 per game and Gray (tenth) at 5.9 per game. Gray had the eighth most total assists with 82 while Mitrou-Long’s 79 tied for tenth.

Bowen II was tenth in the G League in total defensive rebounds with 113.

Miles Jr. ranked tenth in the league in steal to turnover ratio with his 14 total steals. 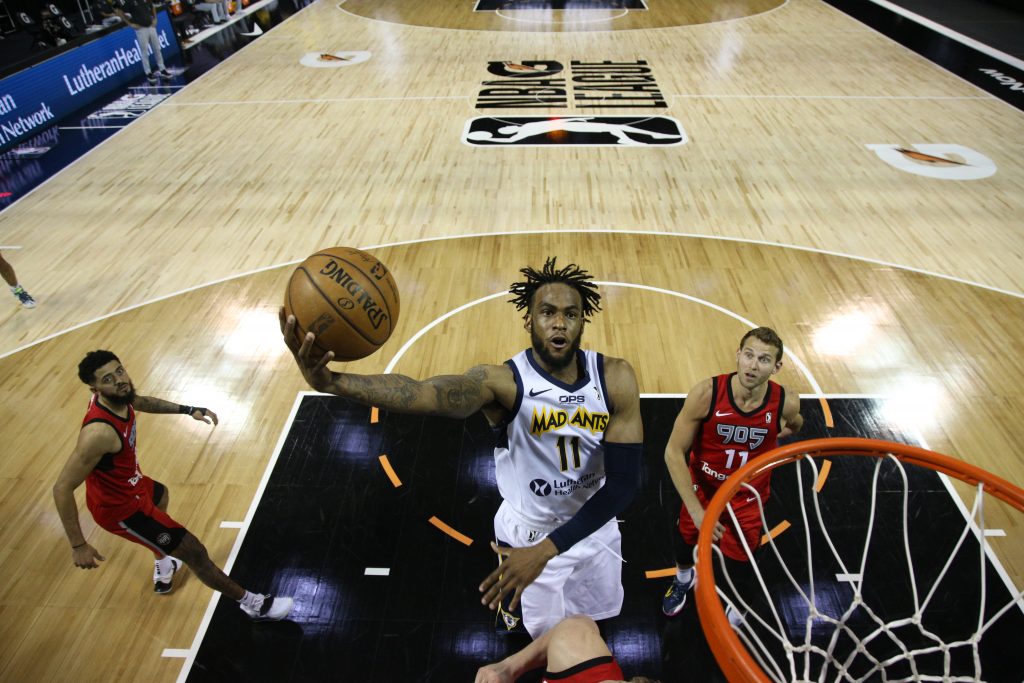