Despite significant changes in format to the 2021-2022 season, it became the most successful offensive season in Mad Ants history as the team celebrated their 15th Anniversary Season.

While returning from the previous season’s bubble format, COVID-19 did alter this season as well. The team announced before games began that they would be playing a split schedule with 15 home games played at the Memorial Coliseum in Fort Wayne and another nine (later changed to 7) home games being played at Gainbridge Fieldhouse in Indianapolis, home of the Indiana Pacers.

The league also changed. The first 12 games of the season were part of the newly minted Showcase Cup, with teams broken down into Regions, trying to qualify for the eight-team tournament in Las Vegas during December’s annual NBA G League Winter Showcase, where every team in the league would be guaranteed two games, even if they were not part of the Showcase Cup Tournament. The remaining 36 games of the season would make up the Regular Season with Showcase Cup games not counting in to final regular season standings.

On September 15, it was announced that Chris Taylor would be promoted to the role of General Manager after previously serving as Assistant General Manager, a role he would be replaced in by Tim Brown Jr. It was also announced that Tom Hankins would return for his second year as Mad Ants head coach. On October 23, Taylor would make his first G League Draft choices including selecting veteran Gabe York with the third overall pick of the draft and Will Vorhees later in the third round. Both players spent the entirety of the season with the Mad Ants, where 27 different players would play in a game in a Mad Ants uniform.

With a balance of veterans and rookies, the Mad Ants opened their season on November 6, 2021 in Fort Wayne with a 127-118 win over the Windy City Bulls.

December 15 brought about the beginning of a record setting run of NBA Call-Ups, something that permeate throughout the league. On that day, Terry Taylor was given a NBA Call-Up as a two-way player with the Indiana Pacers while leading the league in rebounding. Throughout the season, as call-up records were broken across the league, the Mad Ants would see three other players get called up including Justin Anderson (Cleveland and Indiana), Nate Hinton (Indiana) and Keifer Sykes (Indiana). It set a franchise record with the most players called up (4) and most total call ups (6) in a single season.

Ultimately, the Mad Ants would qualify for the Showcase Cup with an 8-4 record, earning the eighth seed in Las Vegas. The team would lose to the Delaware Blue Coats in the first round, but earned a consolation game with the Wisconsin Herd during the Showcase that would lead them to break multiple records. On December 21, the Mad Ants would defeat the Herd 155-103, setting the franchise singe game record for points in a game. In that same game, Gabe York broke the franchise record for most three point makes in a game with nine. The game would also mark the last game of the season with the Mad Ants for two-way player Duane Washington Jr., who spent the remainder of the season up with the Pacers, and also Keifer Sykes who earned his NBA Call-Up on December 27 earning a full contract with the Pacers for the remainder of the season while leading the NBA G League in assists.

The call-ups of late December and early January helped trigger a heavy set of roster changes for the Mad Ants, who saw 27 different players suit up for a game during the 2021-22 season including familiar faces like Stephan Hicks, Walt Lemon Jr., Russ Smith, DJ McCall and Kavell Bigby-Williams. 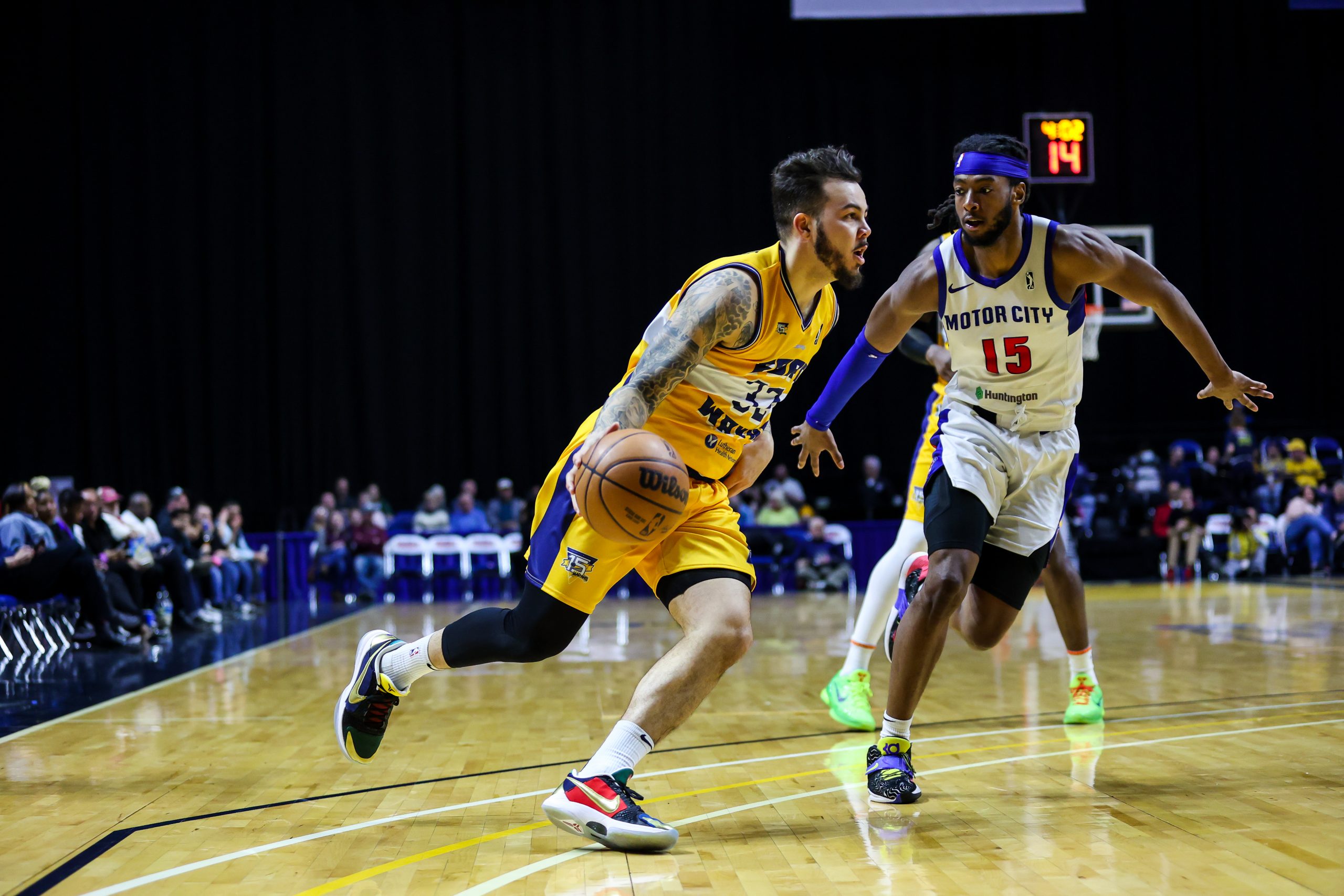 January 25’s game against Maine saw Terry Taylor (39) and Gabe York (35) combine for 74 points, making them the best single game scoring duo in Mad Ants history. It was also the first time that two Mad Ant players each scored 35 or more points in the same game. Over the season, a Mad Ant player scored 35 or more points on 16 occasions, something that has only happened 47 times in 15 seasons. There were also five games of 40 or more points this season with Justin Anderson (46, 40), Gabe York (45), Russ Smith (43) and Andrew Rowsey (41) all making the franchise’s top 10 single game scoring list.

On that same March 4 night, the Mad Ants welcome 1 millionth fan in the franchise’s history at the Memorial Coliseum. Jason Reibs was honored with a special gift basket and a 1 Million jersey.

In the final month of the regular season the Mad Ants would beat five of the six eventual Eastern Conference Playoff teams, but ultimately missed the playoffs themselves. Fort Wayne finished with a full season record of 26-22, the fifth best single season in franchise history. Gabe York‘s 2.5 steals per game officially led the NBA G League in steals at season’s end. Justin Anderson, who earned his third NBA Call-Up of the season in March, unofficially led the NBA G League in scoring at 27.8 points per game. Anderson led the league upon his call up but based on league rules, he wasn’t the official leading scorer at season’s end because he played in just 65% of the team’s games and not the 70% that is league standard to be a statistical leader.

The end of games was not the end of Mad Ant success and honors this season. On April 7, Gabe York and Nate Hinton were rewarded with NBA Call-Ups. Both signed two-way contracts with the Indiana Pacers. To make way for the pair to be added as two-way players, Terry Taylor and Duane Washington Jr. both saw their two-way contracts converted to full, muti-year deals with the Pacers. On April 9, York became the 85th different player to ever play for the Mad Ants and in a NBA regular season game.

Mad Ant players saw unprecedented success up in the NBA this season as well. Nine different players appeared both for the Mad Ants and Indiana Pacers over the season. On February 2, just a week after scoring his first NBA points, Terry Taylor scored 24 points and had 16 rebounds against Orlando; the next game he was in the Indiana Pacers starting lineup scoring 21 points with 14 rebounds against Chicago. Indiana Pacers rookie Isaiah Jackson, who saw a handful of games as a Mad Ant assignment player, scored 25 points and had 10 rebounds in his first NBA start. Two-way player Duane Washington Jr. broke the Pacer rookie record of three pointers made in a game with seven against New Orleans on January 24. Keifer Sykes broke into the Pacers starting lineup and scored five straight points in overtime on January 20 to sink the Golden State Warriors. Justin Anderson, Nate Hinton, Gabe York, Goga Bitadze and Dejon Jarreau also appeared in games for both teams this season.

On April 18, Justin Anderson became the third Mad Ant to ever be named All-League First Team.

For a complete list of franchise records broken this season, see below: 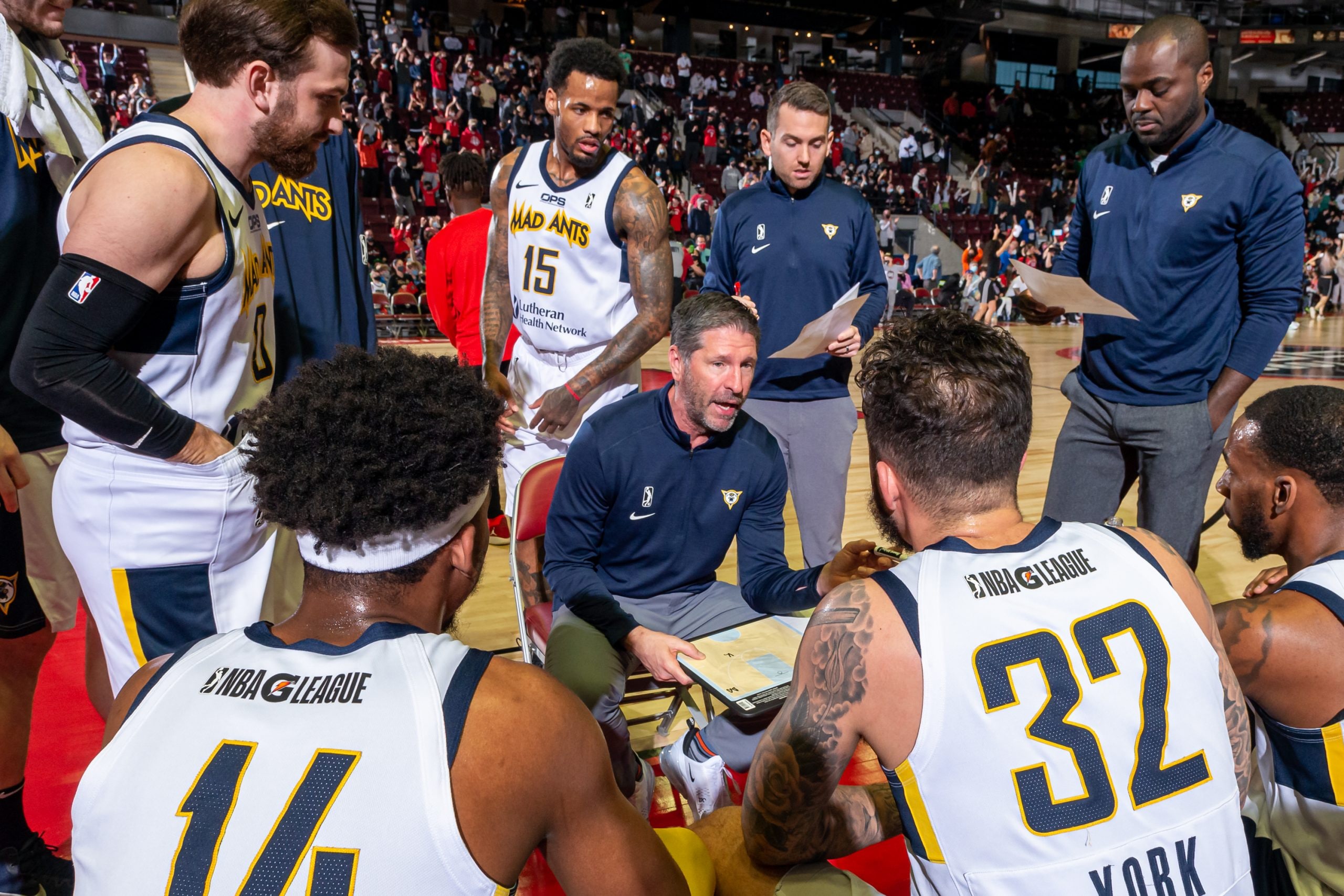