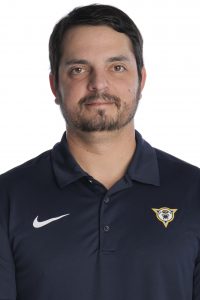 Rosselli joined Fort Wayne before the 2017-18 season after working with the Southern Methodist University football program in 2016. His first occupation in professional sports was as an athletic training intern for the San Diego Chargers during the 2015-16 season. Hailing from Darrington, Washington, Rosselli is a San Diego State graduate, with a Bachelor’s of Science degree in Athletic Training. Prior to attending SDSU, he served in the U.S. Marine Corps from 2002-11, achieving the rank of Sergeant.