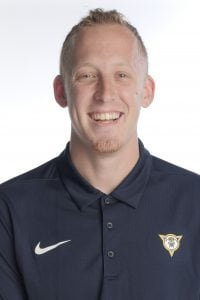 Ben joined the Mad Ants as the Video Coordinator in 2018 after spending the 2017-18 season as a member of the Greensboro Swarm coaching staff. His G League experience dates back to spending two seasons with the Canton Charge coaching staff, as well as serving in a support role with the Cleveland Cavaliers ahead of winning a NBA title in 2016. He served as the Head Coach for the Cape Breton Highlanders of the National Basketball League in Canada during the 2016-17 season. Resner also was involved with USA Basketball’s Support Staff assisting the Men’s National Team and the Men’s U17 World Cup Team. He played for Stony Brook University before graduating in 2014.