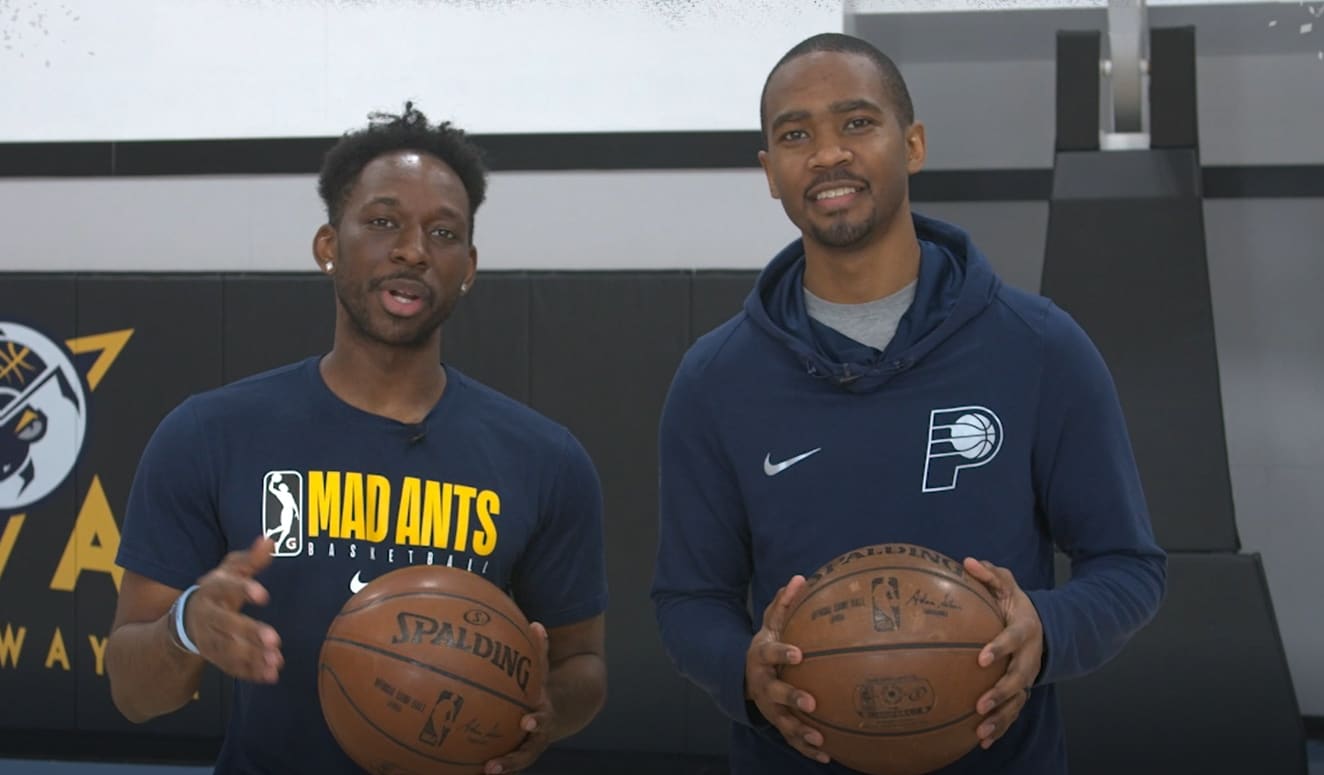 To close out 2020 and open 2021, the Fort Wayne Mad Ants present a virtual basketball camp. Sponsored by Lutheran Health Network and OPS, this virtual presentation is led by Mad Ant employees Nick Gamble and Ron Howard.

Gamble is a former standout at Fort Wayne’s Homestead High School and he went on to play at Davenport University in Grand Rapids, Michigan. Howard is well known to Mad Ants fans as Mr. Mad Ant. The only player in organization history to have his jersey retired by the team, Howard was the co-MVP of the NBA Developmental League (now G League) for the 2013-2014 season, where he became the leading scorer in league history. The Mad Ants won the league title in Howard’s MVP season.

Check back daily from December 28, 2020 through January 1, 2021 for a new Mad Ants Virtual Basketball Camp lesson each day.

FRIDAY, JANUARY 1 – PUTTING IT ALL TOGETHER